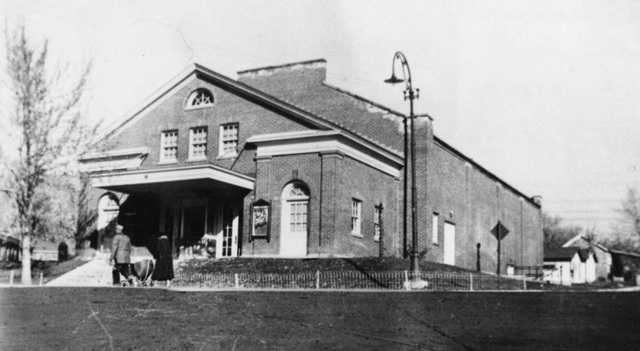 In the midst of the Civil War, Colonel Patrick Edward Connor and the California-Nevada Volunteers were ordered to the Utah Territory for the purpose of guarding the Overland Mail Route; they arrived in October of 1862.  Concerned about secessionist activities in the area, Colonel Connor chose a location that allowed him to keep an eye on the Mormons.  The Post was originally called Camp Douglas, in honor of the recently deceased Illinois Senator Stephen A. Douglas who had been an ally of the West.  The regiment established a garrison, gained military supremacy over the indigenous cultures, and began successful prospecting for mineral wealth in the surrounding mountains.

By the late 1860s, the mutual distrust between the Army and the Mormons gave way to wary accommodation.  The Mormons remained loyal to the Union and the Army’s presence provided Salt Lake City with a much-needed infusion of money.  By 1866, the California-Nevada Volunteers had all been discharged and replaced by army regulars from the 18th Infantry.

during the 1870s.  As a result, in 1878, Camp Douglas became Fort Douglas.  Toward the end of the century, the Indian Wars ended, but conflict with Spain increased.  In 1901, Fort Douglas was upgraded to Regimental Headquarters where troops were trained for service elsewhere.

During the two World Wars, the Post served as a mobilization and training garrison, as well as a prisoner of war camp.  In 1940, Fort Douglas was comprised of three separate bases: the Fort, Salt Lake

Airbase, and Wendover Bombing and Gunnery Range.  In fact, the 7th Bomb Group, the unit that flew into Pearl Harbor the morning it was bombed, had been training at and left from Fort Douglas.  During the Second World War, Fort Douglas served as the headquarters for the Ninth Service Command and as a reception and separation center.  In the years since World War II, Fort Douglas has served as headquarters for Reserve and National Guard units and as a support detachment for military activities in the area.  The historic area of Fort Douglas was designated a National Historic Landmark in 1970.

A tradition of granting and selling excess land and property to others in the area has existed throughout the history of the Post.  At one time, the Post contained 10,525 acres; today the military occupies 58 acres.  In 1874, Congress set aside 50 acres of the southwest corner of the Post as a public cemetery, which became Mt. Olivet Cemetery.  In 1909 an additional 60 acres of the Post were added to the cemetery.  Congress also granted 60 acres to the University of Utah in 1894, an additional 32 acres in 1906, and another 61.5 acres in 1932.

In 1945, 49 acres at the mouth of Emigration Canyon were granted to the Utah Pioneer Trails and Landmarks Association.  In 1946, the Shriners bought several acres of land at the north boundary of the Post to build their hospital.  In 1947, the motor pool area located just west of

It was proposed that the Post be closed in the 1860s, just prior to

World War I; just after World War II; in 1967; in 1978; and again in 1988.  The Post survived all of these but the last.  Consequently, Federal Legislation was passed in 1991 transferring approximately 51 acres, and any lands declared excess to the needs of the Army in the future, to the University of Utah in exchange for state lands.  In 1998, approximately 12 more acres were transferred to the University.  The southern portion of Fort Douglas, including the historic buildings on Soldiers Circle, continues to be used as the headquarters of the 96th Army Reserve Command and as a base of operation for U.S. Navy and Marine Reserves.

Fort Douglas has played an important role in Utah’s economic, political, and social history.  Its contributions to national defense have been equally distinctive.  The Post and its buildings have also contributed significantly to Utah’s architectural heritage and have been an integral part of the University of Utah’s history.